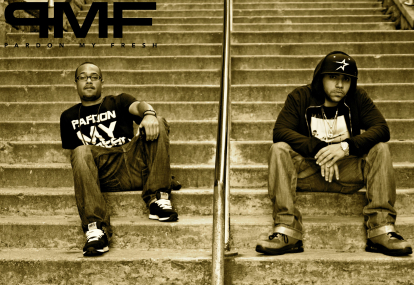 Too often, the opportunity to make quality, forward thinking music is overlooked when the opportunity to make a profit presents itself. In years prior, critics have announced the imminent death of Hip Hop for reasons such as un-original lyrics, cliche beats and an overall stale image presented by those who are picked to represent the culture. Fresh/High Society are a part of the current movement of next generation artists serving as a respirator to a genre currently on it’s last breath.

The 2 members of the group, Balistik The Messiah & Uncle AO,  met in 2005 while attending their freshman year at Five Towns College in Dix Hills, New York, and an instant friendship was formed. There was an interest in making good music that served as the common denominator for 2 young men with such different backgrounds; Balistik growing up in the Parkchester section of the Bronx, NY & AO hailing from Roosevelt, Long Island. Over the next few years, they made several songs together and finally decided to form a group while working on a promotional mixtape titled The Cool Table Vol. 1, which was released in April of 2009. Fresh/High Society was born.

ART: n The conscious production or arrangement of sounds, colors, forms, movements, or other elements in a manner that affects the sense of beauty

People tend to dismiss Hip Hop as a form of Art because they fail to see the attention to detail and creativity in the lyrics. Fresh/High Society embody both definitions of Hip Hop & Art and therefore are destroying the dividing line between the 2 words. The subject matter of the songs often revolve around the issues that everyday people have to deal with: love/hate relationships, neighborhood life and ambition to better oneself are some of the topics covered, making the music easy to relate to while their unlimited creativity sets them apart from other Hip Hop artists.

They are currently at work on new music and are a force to be reckoned with.

"Leave Me Alone" by Fresh/High Society is available on iTunes

Click HERE to purchase "Leave Me Alone" by Fresh/High Society on iTunes.