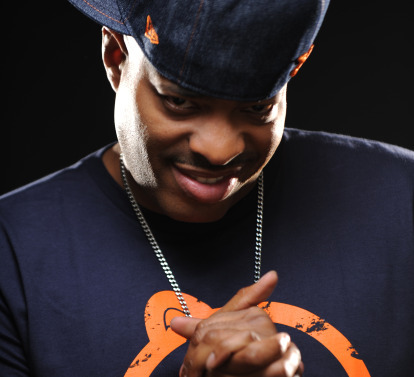 With his hands on fire for over 25 years, Steve Nice has built a reputation of being "The Best In The Business" and he definitely lives up to the hype. He learned his talent from many Dallas, Houston, and New York legends.

He was born and raised in Dallas, Texas, and graduated from David W. Carter High School in Oakcliff.   He then attended Texas Southern University and The University of Arkansas Pine Bluff on football scholarships where he became a member of Kappa Alpha Psi Fraternity Inc.  Steve has a great ear for the hits and has played a vital role in the Southern Music Movement. His willingness to give local talent a chance to shine was and is very instrumental in the movement’s success.  He spent many years as the #1 DJ for Houston’s top radio station 97.9 - The Box.  He fulfilled his life long ambition as Music Director, Head Mixer, and On-Air Personality while on the number one radio station in Dallas/ Ft. Worth (DFW), Texas, K104, from 2002 to 2008.   Steve continues to be one of K104’s hottest and most requested DJs. He also lends his DJ-ing expertise and talent to the following radio stations:  96.3 - Hot in Lufkin, TX,  99.7 - The Big Station in Shreveport, LA, 100.9 - Magic in Augusta, GA, 103.5 -  Power in Oklahoma City, OK, 104.5- The Beat in Lubbock, TX, 104.9- The Beat in Waco, TX, and Classic Hip Hop & R&B- Nationally Syndicated.

Steve has a real interest in the art of music and feels that it is very important to keep music alive in the children and within the community.

Update Required To play the media you will need to either update your browser to a recent version or update your Flash plugin.
Download Download